Whether much too much or frighteningly Little. In the lecture hall of the Psychosomatic Center Waldviertel in Eggenburg, Lower Austria, some chairs are noticeably wider than the others. Ten severely overweight people sit down on them. Two of them are men. Ten chairs of regular width are occupied by underweight women. What these 20 people have in common: They are participating in movie therapy.

This is one step in their healing process. They are all between 25 and 50 years of age and suffer from eating disorders – obesity, anorexia, bulimia, binge eating disorder – in combination with mental disorders. Many of them have histories of emotional and sexual abuse. They are truly and severely ill.

Patients spend eight weeks in Eggenburg for therapy. The waiting period for each of the 20 places is one year. “For people with obesity and a mental disorder, for example, there are not many facilities in the country, not even just about enough beds”, says Dr. Fritz Riffer, the Medical Director.

The hospital in Eggenburg has been existing since 2006 and was recently renovated. The aim of the treatment in the light-flooded house is to accompany the patients on a major part of their journey to healing. The therapies contribute to this. The director emphasizes that this is not a weight loss clinic after all.

Dr. Riffer complains that it is difficult to determine how many Austrians are affected by which eating disorder. “We have no definitive totals.” One part of the work in the hospital is therefore research with the goal of obtaining generally valid data. At the Men’s Health Conference in Vienna in mid-June, it was estimated that some 55 percent of all men in the country are affected by obesity; in women, the proportion is 39 percent. In April, at the Children’s Health Week in Vienna, it was said that about a quarter of adolescents are overweight – with rising trend. Every fifth girl between the ages of eleven and 13 points to an eating disorder, said Christina Tretter, specialist in psychiatry, in May at an event organized by the Austrian Science Fund FWF.  Reportedly, 30 percent of all ten-year-olds already have experience with diets. She stressed that eating is strongly linked to emotions. People who are sad, angry or particularly satisfied often resort to food as a consolation or reward.

In the lecture hall in Eggenburg, meanwhile, psychotherapist Brigitte Fellinger draws the curtains. The hall becomes dark. Through the ranks of her patients she goes up to the laptop and clicks to start the movie she wants to show. “Hidden Figures” is the title. “If the content is too distressing for you, you may be excused”, Fellinger suggests to her patients. Nobody leaves.

On the screen, it is the year 1961, and three Afro-American women work their way up through the male-dominated space agency NASA. The movie stars Kevin Costner; the ladies immediately notice him. The Hollywood opus lasts just over two hours. Afterwards the spectators get up and move their armchairs until they form a circle. Dr. Fellinger sits among them and asks many questions about camera work, cutting and lighting, but also about the main actors, the feelings and values they show and represent.

In turn, the men and women speak out what impressed or depressed them when they watched the movie. Soon this form of therapy has reached its goal: It does not take long before parallels to the patients’ own lives emerge. “The people in the movie have made their dreams come true. I’ve managed to do that a few times in my life all right”, says an overweight woman in her 50s, looks at her toe-caps and tugs her turquoise T-shirt into place.

Another one points out that only movies – like this one – have happy endings. “After all, this is very different from real life.” Fellinger agrees with the petite woman. And tells her that you can still take home good things out of the story told. Nodding in the circle.

In the hospital, Brigitte Fellinger is known for her imaginative therapy methods. The boss, Fritz Riffer, confirms this and also mentions his colleague’s therapy dog. The canine, a vizsla, may occasionally come along to meet the patients. His name is Géza. The friendly wagging and wakeful eyes inspire confidence even in those who have never had anything to do with pets and do not necessarily know trustfulness or tenderness. Riffer reports that many patients were victims of abuse – not just of the sexual type. “It is understandable that people positively want to armor themselves with fat to escape the attacks”, says the director and explains that food can also be a tool for abuse. “Food is often used as a means of violence – for example, when parents systematically send their supposedly naughty children to bed without dinner. Or when they force children as punishment to eat until they have to throw up.”

In order to enable overweight and underweight people to get a good, healthy approach to food, the clinic in Eggenburg has a training kitchen. Once a week the patients cook and eat together. Does this not cause tension? “In the past, the highly adipose and the anorectic did it separately. Today, we think it is good to mix them. We believe that people learn from each other when the situation is well embedded”, says Riffer. At the end of the day, when people meet, it is all about whether someone is likable or not – and not about being fat or skinny.

Movie therapy and a dog against eating disorders

Some patients worry enough about their appearance anyway. “Severe overweight or underweight is an expression of social development in the western world. On the one hand, high-calorie foods are available on almost every corner. But in recent years we have also become more self-centered, many run after beauty ideals and believe in model shows on the TV that say what young people have to look like”, criticizes Riffer. “Patients tell me about instructions from the internet that can help you starve yourself to death”, Fellinger adds with a concerned look. She reports that she knows women who, at a body weight of 35 kilograms (5½ st.), would still find themselves too fat, and overweight people who, out of shame at their appearance, masked the mirrors in their room.

But what should families and friends do when they notice that someone in their midst shows pathological eating behavior? Addressing is allowed in any case. However, forcing someone to lose or gain weight will not work; here Riffer and Fellinger agree. It would be better to repeatedly express concern for the person concerned. “This increases the chance of addressing him or her at a favorable moment when he/she is receptive and perhaps also open for a route to healing”, says the primary. What does healing mean? “That a person can be and live as he or she wishes. Completely free of any interference.” Good relationships and a distance to harmful influences might contribute to this.

Before the circle of chairs in the Eggenburg lecture room is adjourned, Fritz Riffer takes the floor. He was present as a silent guest at Fellinger’s movie therapy. “You have dealt with the question of what you have accomplished in your life. There’s one big point I can tell you. You have managed to register here and get to grips with your issues”, he praises the group of 18 women and two men, who then set out for the dining room for lunch, obviously satisfied and encouraged.

The author, Dr. Friedrich Riffer, psychiatrist, is the Medical Director of the Psychosomatic Center Eggenburg-Gars, a VAMED healthcare facility.

Source: This article was published on June 28th, 2018, in the Salzburger Nachrichten 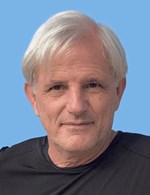